Goran Trailov believes that corruption is one of the important challenges that Serbia needs to overcome. That is why he chose to study political science and later chose the rule of law and corruption as the subject of his Master’s thesis. “It is a matter that needs urgent attention and I have been writing about it since my early undergraduate days. This is an important problem across the Western Balkans,” he says.

Goran finished his Master’s studies at the University of Konstanz in Germany where his thesis was about the rule of law in the Western Balkans in the context of the theory of Europeanisation. He selected Serbia and Montenegro as case study countries and corruption as a specific topic of study. One of the conclusions of his thesis is that indeed there is hope for a better future for Serbia in this regard. Goran explains that the number of corruption-related cases in courts is increasing but there is still a lot of work to be done in reaching the EU standard.

“Imagine having 1,000 people from all around the world in a small town where you have a chance to meet them. There is no way you could have a chance to taste cultural richness like this in big cities like Berlin. It was fascinating.”

After Goran finished his Bachelor studies he enrolled for Master’s-level studies at the University of Belgrade. At the end of the first year, he decided to continue his Master’s studies abroad with the support of the European Union’s ERASMUS + programme. He had heard about ERASMUS + back in his undergraduate days but back then he had been late to apply and did not make it. “At the end of the first year of my Master’s studies, I was advised to apply by an assistant teacher who is also the ERASMUS + Coordinator at my university,” says Goran.

Goran was accepted to study at the University of Konstanz in Germany. “At first I was scared. I had lived all my life in Belgrade, and for the first time I was moving to a totally new environment: a small town in Germany,” says Goran.

But his fears disappeared as soon as he arrived there. Konstanz is a historical university town with approximately 80,000 inhabitants and beautiful scenery, on the banks of Lake Constance. The town hosts 10,000 students of whom 1,000 are international. This is one of the qualities that initially impressed Goran. “Imagine having 1,000 people from all around the world in a small town where you have a chance to meet them. There is no way you could have a chance to taste cultural richness like this in big cities like Berlin. It was fascinating,” says Goran. 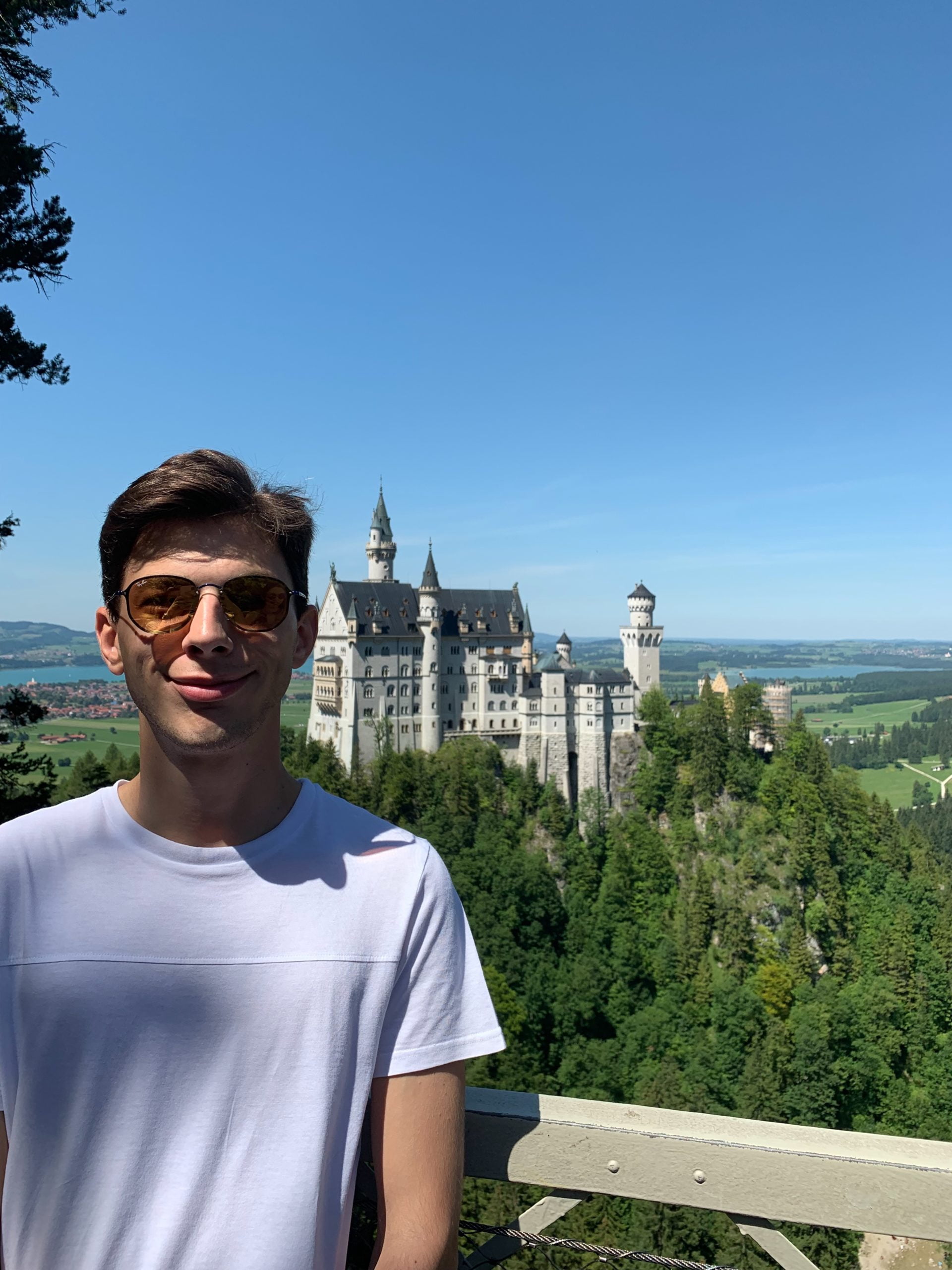 “Professors at Konstanz listened more to what we wanted to say, and they were open to learning from the students.”

Goran was also impressed with the quality of education. One thing that made an impression on him was the variety of classes that he could choose to attend. As he explains, some classes repeat for years, but most of them change and there is always a new catalogue at the beginning of the semester from which students can choose.

“This was very cool. With the new classes, we had a chance to keep up-to-date with what is happening in the world. So I don’t want to say more sophisticated, but that should be the word to compare Konstanz University with my university in Belgrade,” says Goran.

Another quality that Goran highlights is the approach of the professors and the interactivity of lectures. “Professors at Konstanz listened more to what we wanted to say, and they were open to learning from the students. This is not the case with many professors at the University of Belgrade.”

He also appreciates that on a number of occasions the professor went off-syllabus and introduced guests from EU institutions to share their experiences. “I remember that once we had the head of an EU agency operation in Africa. He explained to us how the team worked there and talked about the challenges and how they overcome them. That was fun,” he says.

Now that he’s graduated, Goran plans to apply for traineeship at the EU institutions in Brussels. Following that he is aiming for a job at the Ministry of EU integration or another EU-related organisation in Serbia because he wants to work on the EU integration of his country. He explains that there is a need for more professionally educated politicians in the Western Balkans and elsewhere. “Nowadays, what you study is what you end up doing. Back in the day, one could study physics and become a chancellor of Germany. I don’t think that it will go that way anymore,” he says.